Score of 900 pts
The TOEIC® is designed to assess the English language reading and writing skills of non-English speakers in the international business, commerce or industry environment.

Some project to which I contributed

Simple OTP offers via a very simplistic API, to generate and validate two-factor authentication codes on the HOTP and TOTP protocols. The implementation carried out in C is oriented for use in microcontrollers. This library is involved in the design of Solo Keys.
The implementation respects two RFCs: RFC4226 and RFC6238.

There are a thousand and one ways to communicate. What if sending a message to someone you know becomes even easier? The idea of Blink is to offer via a capacitive sensor the possibility of sending a message to the person of their choice. The bracelet is however only the material part of the project. A smartphone application must be developed. Flutter framework was thus chosen. The connectivity between the smartphone and the bracelet is ensured by Bluetooth connectivity. The electronic circuit of the bracelet is designed to be very energy efficient. The processor is a chip from STMicroelectronics, which contains the firmware of the bracelet.

As part of a teaching unit, I participated with my group in a competition on Kaggle. It was a question of trying to determine with the tools of our choice, if a tweet in a corpus of tweet reported a danger, a disaster, an attack, ... The python scripts produced exploit the known word processing and language study techniques.
Placement of the "MCGR" team: 263/2686; Score: 0.85480
Challenge
Keywords: Kaggle NLP Notebook IMT Atlantique

Library for generating a gamut for colorimetric measurements.
Written in python with matplotlib and numpy, this allows you to compare for example the color space that each screen is able to cover in comparison with a known standard (Adobe RGB for example)
Source code
Keywords: Python Color space RGB Numpy Matplotlib

This educational project, as part of a teaching unit at IMT Atlantique to touch on the issues of modeling, design, creation and development of an object.
This project is originally a response to the call for applications made by CNES for projects to be tested in micro gravity. Unfortunately Astre, the robot arm was not retained by CNES.

This project offers via a web server written in NodeJs a simple REST API (CRUD) allowing to interface directly with a MongoDB database.

Writing of a personalized Latex template for the various reports that were produced during my apprenticeship at IMT Atlantique. Usage is oriented so that one is focused on the content rather than the code allowing the formatting. Numerous commands have therefore been created to simplify the writing of documents as much as possible. 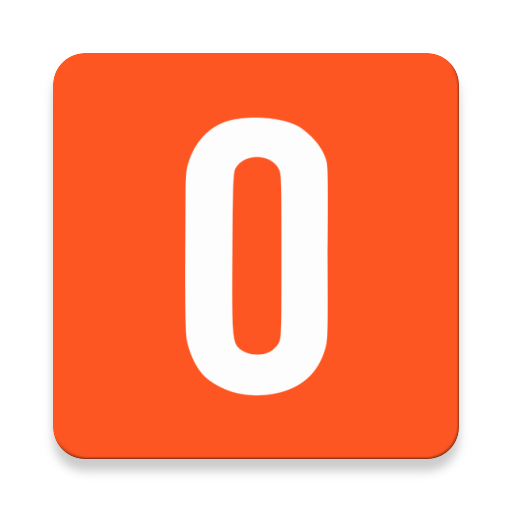 A free and open source Android application available on the Play Store which allows you to interface with the public DNS service of Open DNS. This application ensures that the Open DNS domain name filtering service works on mobile terminals that often change their Internet address. Its role is simple: notify and update the Open DNS account at each change of IP address.
Source code App on Google Play App on F-droid
Keywords: Java Android Play Store F-Droid OpendDNS

A script written in bash which uses only elementary commands (sed, find, echo, ls, ...) to generate readable documentation of a set of bash script. The output is in Markdown format and can be easily integrated later in GitHub, Jekyll, or Gitlab for consultation.
The generation of documentation can be automated if it is placed in a CI task.
Source code
Keywords: Bash Documentation Generator Markdown

Docker is very present today and compatible with most platforms. However, it sometimes happens that Docker engine cannot run on the machine in question. If it is compatible with LXC containers, then it is possible to launch containers. But why not take advantage of Docker's flexibility and hundreds of pre-built images?
By a set of script written in bash, this project offers a possibility to do almost everything as with docker without having docker It is possible to download and launch images from the hub. To create these own images, ...
Under the hood, everything is written in bash, uses IPTables to open ports and redirect to services, a shared host file for the names of instances and local IP correspondence.
In four years of personal use, the tool has enabled approximately 20 images to function.

Implementation in the JDBC connector for SQLite of compatibility with encrypted SQLite databases. The use of this library remains compatible with the original library. Several encryption possibilities are available:

This website, my portfolio, is itself a project. It is written in HTML5, Javascript, CSS. It is generated by NodeJs and Gulp. The CVs in PDF format are also self generated from the website. The information between the two media is therefore always perfectly synchronized.

This project provides a simple widget on Android for entering, formatting and syntax validation of phone numbers in an Android application.

Packet3Sous is a network simulator created during an educational project. The idea is to reproduce in a simplified way the operation of the Cisco packet tracer network simulator. The implementation of this simulator reproduces the theoretical behavior of equipment such as hubs, switches or routers. For this, the MAC, IP and Transport layers of the OSI model have been implemented.

Originally designed as an extension for the Clangue project, it is an application enabling simple video editing from your web browser using HTML5 technologies. The final rendering of the video is calculated on a server using the FFMPEG tool.

Platform for simplified learning of foreign languages. The platform was designed in collaboration with the language teachers of the Simone Veil high school in Valbonnes to best meet their needs. This allows continuous speaking, multiple choice questions, video editing as well as written expression. This platform has been used by more than 500 students from Simone Veil high school in Valbonnes for almost 2 years.